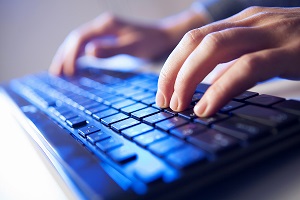 Love it or hate it, Microsoft’s word processing behemoth Word, 30 years on since it first hit floppy disks, continues to dominate. Maybe one day we’ll all settle on a more usable, less annoying, cheaper alternative, but until that day comes, if you write content or edit content, at some point in the process, you’ll have to use Word. The simple fact of its ubiquity makes it a necessity.

I actually don’t mind Microsoft Word. As a professional writer and editor for close to a decade now, it’s, by far, the business application I’ve used the most and I’ve achieved a certain level of comfort with its quirks and sometimes less-than-intuitive workflows. That’s not to say I don’t sympathize with the anti-Word proselytizers out there in the writing and editing world. They make a good point. Word’s many, many, many features often get in the way of what should be a fairly straightforward process: press a key on the keyboard and a letter appears on the screen. What else do you need?

I also feel the pain anytime I have to manually copy and paste the text of Word document into a CMS blog tool or anytime I have to sort through several different Word files of a particular content piece to find the latest and greatest version.

Still, this is what we’re stuck with and I’m not one to get in a huff about software. There are plenty of other things to get in a huff about, like the same writing errors appearing in the content I edit over and over again. I can rant and rave and redline these common mistakes as much as I want; it never seems to make a difference. So, I’ve learned to choose my battles and have resigned myself to finding ways to correct these frequent errors (and they are errors, there’s no debating there) as efficiently as possible. That means using some of the less well-known features of Microsoft Word to my advantage. Let me share with you a couple of my secrets.

I learned this one back in my newspaper editing days, where cranky letter writers tended to heavily rely on the caps lock key to MAKE THEIR POINT. Since I’ve entered the content marketing business, I’ve been disappointed—but not shocked—to learn that weird punctuation habits aren’t confined to retirees that have an unhealthy obsession with the minutiae of municipal affairs. 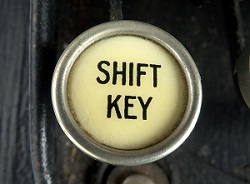 Here’s a quick punctuation lesson for the business world at large (and I can almost guarantee it will fall on deaf ears). I’m not sure why you didn’t learn this in elementary school, but in the English language, capitalization is reserved for certain special circumstances, among them the first word of a sentence and proper nouns (the name a specific person, place, or organization, like “Ralph,” “Montana,” or “United Nations”). Here are some things we don’t capitalize in the English language:

I could go on like this for a while. I’m not going to because most of you will ignore me and continue to capitalize according to your whims and not the rules of the English language. Fine; I’ve got a Word shortcut to take care of that rather quickly: Highlight the poorly punctuated section of text you want to correct, hold down shift, and press F3 and keep pressing F3 to change the case of the entire section until you arrive at the correct punctuation.

I do this a lot. For example, I was recently editing an article that used the phrase “enterprise resource planning” (it’s a class of business software, for those of you who are interested) several times. The writer had, of course, written it as “Enterprise Resource Planning” every time, perhaps under the mistaken understanding that “the thing that the article’s about” must always be capitalized. Instead of angrily pounding the backspace, I calmly resorted to my favorite Microsoft Word keyboard shortcut, Shift + F3. Crisis averted.

For reasons that are now shrouded in obscurity (and also, this article is getting long and I don’t want to get into a whole thing), typing teachers once taught that the correct follow-up to a period was two taps on the spacebar. Whatever logic there was behind this gesture, it no longer applies, at least not for online writing, anyway. Online copy with one space after the end of a sentence looks great. Two spaces looks weird.

So why is that, well into the single-space era, many people continue to insist on the old double tap? Business people who aren’t used to blogging and have never written professionally before, I can excuse. But whenever I receive copy from a freelance writer who claims to have years of professional experience and it’s rife with double spacing, it sets off alarms.

No reputable web publisher double spaces between sentences anymore. No professional editor lets it go. If you call yourself a professional content writer and you’re double spacing between sentences, you’re sending a message that you don’t have nearly the amount of experience you claim to have. Spare me your typographical philosophy. Just don’t do it.

Anyway, as I descend from my soapbox, I’ll just pass on this little tip to content editors who are fed up with removing those pesky extra spaces: control + H, space, space, tab, space, alt + A. That’s the sequence of keyboard shortcuts that will open up a “find and replace” window in Word, search for every double space in a document, and replace them all with a single space. Sometimes I have to do this two or three times per document for writers with particularly spacebar-happy thumbs.

These are just two of the Microsoft Word functions I find myself using almost every day in my work as a content editor. What common errors do you find yourself correcting every day and have you found any tricks or shortcuts to make it easier? Let me know in in the comments.