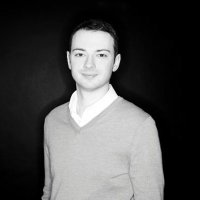 Social media and inbound marketing go together like beer and pizza. Sure, you could have one without the other, but dang it, it just doesn’t seem right.

If you’re lucky, your company is big enough (and wise enough) to hire a specialist to fill each role. For many marketing departments, that’s more a dream than a reality. So what’s a time-strapped marketer to do?

For the answer, I went to Chelsea Hunersen, social media and community growth manager at HubSpot.I wanted to know how HubSpot did its own social media and what advice Chelsea could share for smaller teams like mine. What surprised me most was,  regardless of whether you are a one-man agency or the world’s premier content marketing platform, many of the daily challenges are the same.

Here are some of the highlights from our conversation (this interview has been edited for length and clarity):

What advice do you have for people who want to grow their presence on Twitter?

One of the strongest things you can do is get help from other people, having somebody else tweet an article that you've written. It could be HubSpot, or if you do co-marketing with a different company, you mention each other.

If you start doing that for other people, they're more likely to start doing that for you. At a big company like HubSpot, we get a lot of mentions, so it's harder for us to see every mention. If you focus on calling out someone who either does a good job of checking their Twitter handle, or is moderate-sized and would be willing to work with you I think that's a really good way to get bang for your buck on Twitter.

What is the HubSpot tweeting recipe for success?

We tweet 24 times a day, which is good and bad because that can take a really long time, but we also have the ability to reuse content because we tweet so many times a day.

I don't think it's a problem to reuse something multiple times. If we're launching an offer, we'll tweet about it two to three times day of. The week after that, it's about one time a day.

We used to tweet all of our blog content, but it doesn't all perform the same. We stopped tweeting the stuff that didn't work and now we just stick with what works.

That being said, there's nothing wrong with sourcing from the outside, so if you find another blog article that works well and want to tweet about that, we do that plenty, too. I’d say we’re doing something like 70/30 when it comes to sharing our own content vs. outside content.

How do you find the best time of day to tweet?

We post multiple times and check on how that's trending.

If I'm launching an offer I'll probably do about five different tweets and I'll rotate through them for two weeks. Sometimes I'll put them at the same time slot, but more often, I'll put it in blocks of time that are relatively similar.

For example, we know we're trying to hit people when they’re commuting or right when they get into the office. I know 9:30 a.m. is kind of a sweet spot for us. If you look somewhere like Buffer.com, it can also tell you when your sweet spots are.

How does HubSpot quantify results?

I take a look at clicks, number one. It's one of the most important things to me because it tells me, “Is what we're doing compelling enough people are going to click?” Next up is leads. My main metric is actually lead generations.

We've tried growing reach and we got decently good at it, but we found that was actually a distraction from what we were trying to do, which is generate leads. We want to be lovable, but we wanted to generate leads. So we focused on looking at the offers that we had that were generating the most leads.

For example, one of our best offers is SEO tips. Even though we released that in December, I still tweet it because it still does well and still generates leads. If it's continuing to do that then I'll continue to tweet about it.

Do you have any advice about using hashtags?

One thing that I like to do is find out the conferences or events that are happening around us that might be related to something that we're doing, and tweet along with that hashtag because that is a much more concentrated group of marketers who are focused on something.

One of  the biggest mistakes people make is just putting a hashtag into the sphere or trying to tweet, or trying to bucket monitor #InboundMarketing. That would not be useful for us, because even if we could and we did it really well, that's still a one-to-one interaction that's only going to do so much.

We look for opportunities where there already are a bunch of people paying attention or where we can interact with someone that's going to interact with us. Maybe we'll re-tweet a customer because a delight moment is so powerful that that customer is probably going to want to share.

Do you find that certain words or types of tweets get more clicks than others?

We found the word “new” outperforms the word “free” by a lot. “Free” seems to cheapen it a little bit.

Stats are great. Marketers love stats so we try and use those as much as we can.

Quotes perform well. Sometimes we'll just tweet a quote and that performs well. It gets re-tweeted but it does less in terms of action and driving traffic or engagement. We don't do too much quoting of actual offers. I found when I do that it's moderate.

I think it really depends on the words that are being used because there are buzzwords. There are words that you are probably going to click on. Anytime you use the word “data.” anytime you use the word “trend.” We had this article that we tweeted, “The Top 10 Web Design Trends in 2015.” It was a slideshare, but every time we tweeted it it got so much attention because of the word “trends.”

Numbers also tend to work pretty well — anything where marketers feel like they can come out of it having learned something.

The other thing that we found is that negative words, words that imply you might miss out, like “don't” or “not” or “can't,” up click-through rates by a lot. People are way more inclined to avoid risk than they are to receive gain.

A lot of social monitoring comes down to filtering what really needs action versus what can possibly wait.

We have a stream set up in HubSpot of people who have mentioned the word “HubSpot,” but who haven't used a link in it. That tells us these people are talking about HubSpot or asking questions, rather than just tweeting our content.

The stream I have emailed to me is people who don't use a link but use a question mark. Those are people who need immediate help. It's much easier to handle those than it is to think about things that are coming in consistently all the time. That's the best time-saving tip that I have for monitoring.

Another of my favorite things to do is responding to negative stuff and people usually get shocked that we are responding, so that's a great touch point. Any time we can create a good touch point, that's a much higher likelihood that that person will tweet about us again and to tell their friends about it. We try to encourage that as much as possible.

So there you have it, my favorite pieces of Twitter advice straight from Chelsea Hunersen, HubSpot’s social media and community growth manager. I really can’t thank her enough for taking time out of her busy schedule to speak with me, but I think a good start might be getting this out there on social media and building up some street cred.

If you enjoyed the article, please be sure to favorite and retweet accordingly.